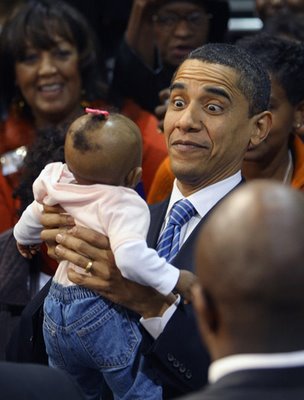 WASHINGTON — Within days of taking office, President-elect Barack Obama will rescind a Bush administration policy that has impeded state efforts to provide health insurance to children from low- and middle-income families, aides and advisers said Monday.
Skip to next paragraphThe policy, issued in August 2007, is one of many that the new administration hopes to change or withdraw in its first weeks in office.
Some of the policies may take more time to revise because they are in regulations that have already taken effect and have the force of law.
Mr. Obama has said, for example, that he objects to a last-minute Bush administration rule that grants sweeping new protections to health workers who refuse to help perform abortions, dispense contraceptives or provide other care because of their “religious beliefs or moral convictions.”
Click Here to Read More
Posted by group1a at 8:00 PM