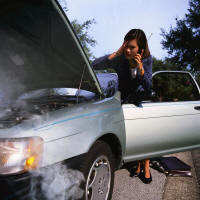 Kurt Gallinger, vice president and legal counsel with Farmington Hills-based Amerisure Mutual Insurance Co. and chairman of the Michigan Insurance Coalition, described the press conferences, planned for across the state and in Lansing today, as a political stunt in the run-up to the 2010 elections. Gallinger said the bills were written with no input from the industry, and are based on what he described as a false assumption that auto insurance companies are raking in profits. He said the industry was denied requests to view the legislation before it was introduced.

Under the proposal, the state auto insurance commissioner would have the power to veto rate increases. It would also prevent insurance companies from basing its rates on factors such as credit scores, occupation and education. The Michigan Insurance Coalition says it will do nothing to help consumers because it would stifle competition, create new payouts for trial lawyers or shift costs from the largest cities to the suburbs and outstate. “Michigan has more than 55,000 employees working directly for the industry and supports more than 100,000 jobs indirectly,” continued Shields. “These types of political stunts just might result in insurance companies deciding to expand their operations in other states or leave Michigan altogether."