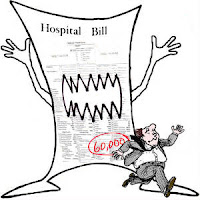 With the US health care system being changed, many people are not sure whether the new health care system proposed by Barack Obama is better than the existing system and whether the Government should adopt it or not. According to the results of the poll conducted by Associated Press, when told that the new health care plan would be much cheaper since it is a government run program 52% favored it and 35% opposed it, while when told that with the new plan the government will get to decide which medical treatments to cover, only 44% favored it and 38% opposed. Clearly the general population does not have a strong opinion about the new plan. However, in general, 75% want the plan to be available nationally and 25% think that the individual state governments should decide on whether to offer the plan to the residents or not.
The Patient Protection and Affordable Care Act (H.R. 3590) provides that in the upcoming decade the US economy will be better off with the plan. It will cut the federal deficit, and increase federal spending and revenues. At the same time the insurance industry is aggressively lobbying and campaigning against the new plan. America’s Health Insurance Plans group states that “bill would increase costs for individuals, families and employers, reduce benefits for older Americans, and threaten employer coverage.”
In general, though, CBO estimates that since the low-income population is covered by Medicaid, the majority of working force is covered by their employers and the older population is covered by Medicare, only those who have preexisting conditions, approximately 2% of the US population under age 65, will sign up for it.
Sources:
http://prescriptions.blogs.nytimes.com/2009/11/19/insurance-industry-pans-the-senate-bill/
http://www.osnsupersite.com/view.aspx?rid=50801
http://www.nevadaappeal.com/article/20091119/NEWS/911189962/1058/rss08
Posted by group5a at 9:12 PM