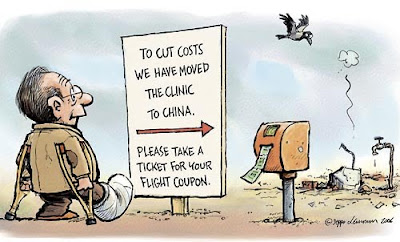 As Congress struggles to reform U.S. health care, critics point to Canada and Britain as the poster children of what could happen here with a "government takeover" of health coverage.

But three other wealthy nations - the Netherlands, Switzerland and Germany - offer much closer parallels, as well as lessons.

Health care systems in the three nations more closely resemble the U.S. system of insurance-based coverage. Holland and Switzerland rely exclusively on private insurance, and all three rely on private doctors. The three European nations deliver universal coverage and world-class quality at a fraction of what Americans spend.

All of them require that everyone purchase insurance, make sure everyone can afford it and ban insurers from such practices as refusing to cover the sick that are common in the United States.