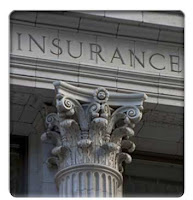 Millions of Americans are now engaged in a familiar ritual: signing up for next year’s health insurance coverage.

Pick a plan. Pick a premium. Make sure choices are submitted and approved on time.

But roughly half of those millions, according to a recent survey, are worried. They think the health care reform plan now working its way through Congress may force them to make major changes in their health plans quickly — perhaps within weeks — if it passes.

With one important exception, they can probably relax. Many of the major components of health reform won’t take effect until 2013.