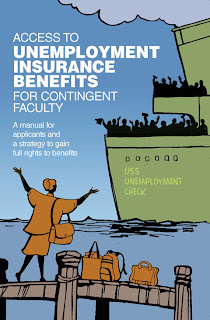 With no end in sight regarding the job market struggles, the House decided to give the unemployed another thirteen weeks of unemployment insurance. This bill included twenty seven states, the District of Columbia, and Puerto Rico.

Although the benefits have already been extended to record lengths, it appears that the job market is the last thing to recover from the recession. "Providing these Americans with a modest economic lifeline is not only the humane thing to do but it's in the economic interest of the country," said the bill's sponsor, Rep. Jim McDermott, D-Wash. This extension is due to the fact that there are six people looking for every job available. The unemployment rate now is 9.7% and economists see it topping 10% in 2010.

The number of Americans without health insurance rose to 46.3 million last year as people began losing jobs and coverage in the current recession. This means more people will qualify, putting a burden on states already struggling to balance budgets due to the recession.
Even without formal insurance, most people already have some version of a safety net: friends, family and in truly catastrophic situations, the government. "The challenge for insurance is to beat those other mechanisms, not to beat nothing," says Morduch.
http://www.time.com/time/nation/article/0,8599,1925600,00.html
http://www.time.com/time/nation/article/0,8599,1921647,00.html
http://www.time.com/time/magazine/article/0,9171,1921590,00.html
Posted by group2b at 8:34 AM