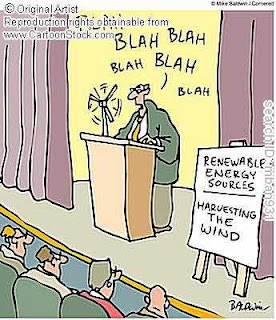 President Obama turned his attention to the need for more clean-energy funding Monday, arguing that an expanded investment is needed to lay the foundation for long-term economic growth, cut dependence on foreign oil and slow the process of global warming.

Obama, speaking to a group of renewable-energy company owners and investors, said the country has "known the right choice for a generation (and that) the time has come to make that choice."

"We can allow climate change to wreak unnatural havoc, or we can create jobs preventing its worse effects. We can hand over the jobs of the 21st century to our competitors, or we can create those jobs right here in America."

He met with the owners and investors in the Eisenhower Executive Office Building adjacent to the White House.

The tax breaks, he claimed, will help create 300,000 new jobs and double the supply of renewable energy.

For full article : click here
Posted by group7a at 1:05 PM