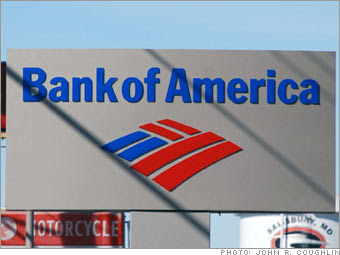 WE CAN UNDERSTAND why talk of bank nationalization freaks out the stock market: The very notion is so, well, French. An increasing government stake in the banks dilutes the value of privately owned shares, and outright takeovers can wipe out creditors, too. Federal ownership and operation of large institutions, even temporarily, could lead to politicized lending -- if it doesn't simply overwhelm government's managerial capacity. True, the Federal Deposit Insurance Corp. takes over insolvent banks all the time. Rarely, however, has Washington contemplated taking over not just one large bank but possibly several, including giants such as Bank of America and Citigroup. The biggest previous FDIC takeover involved Continental Illinois, a bank less than a fifth the size of Citigroup, a quarter-century ago. The process lasted seven years. So we agree with Federal Reserve Chairman Ben S. Bernanke, who told the Senate Banking Committee on Tuesday: "I do not see any reason to destroy the franchise value or to create the huge legal uncertainties of trying to formally nationalize a bank when it just is not necessary."

The question, though, is whether nationalization, in some form, can be avoided. And the answer is: It depends. It depends on how deep the recession becomes, and on how well-equipped the banks are to survive it. Lately, the stock market has been beating up bank stocks, reflecting market mavens' pessimism on both counts. Soon, however, we may get a somewhat more objective take from the Obama administration, which yesterday rolled out its "stress test" of 19 big banks with more than $100 billion each in assets. It will assess solvency under alternative scenarios, a "baseline" forecast under which unemployment averages 8.8 percent in 2010 and an "adverse" one in which joblessness hits 10.3 percent next year. On the basis of the results, the Treasury Department would make additional capital injections, in the form of preferred shares that convert to common stock as needed.