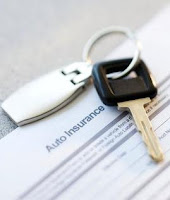 Efforts to extend a state-backed auto insurance program for low-income Californians failed after Gov. Arnold Schwarzenegger vetoed a bill that would have kept it going until 2016.
State law requires all drivers to carry minumum levels of liability insurance, and the low-income policy provides affordable coverage to motorists over the age of 19 with good driving records. The current program is scheduled to expire on Jan. 1, 2011.
Schwarzenegger said he vetoed a bill by Assemblyman Dave Jones (D-Sacramento) because "the effectiveness of the program is questionable given the number of policies in effect and low participation rate amongst the insured."
The governor suggested for Jones and the bill's sponsor, California Insurance Commissioner Steve Poizner, to send him a refined proposal next year.
Consumer advocates argued that the low-cost insurance program has been effective and criticized the governor for his veto.
"This veto is out of touch with the real economy that many Californians are facing," said Douglas Heller, executive director of the Santa Monica-based Consumer Watchdog. "Why should a program that has allowed nearly 50,000 Californians to buy auto insurance instead of driving uninsured and doesn't cost the taxpayers a dime be on the governor's chopping block?"