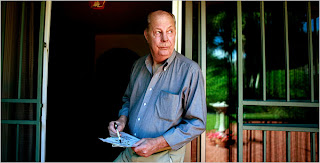 Although our economy is currently in recession, the cost of insuring a home doesn’t seem to decline, in stead, it is climbing sharply and is expected to continue doing so for several years. It is shown from the New York Times, the prices to insuring a home are rising at more than twice the 3 percent average of recent years, and by more than 10 percent in many states.

Just to show an example of what I meant by the rising price of home insurance. Allstate, the second-largest home insurer, has increased range from 10 percent to 25 percent in several states. State Farm, the largest home insurer, has lifted premium 6 percent to 10 percent in a handful of states. Safeco, the eight largest insurers, says it expects increases to average more than 25 percent for its 1.5 million customers this year.

Experts suggest that insurance companies, after paying out more than $22 billion in claims inflation-adjusted dollars, they began rewriting policies to protect themselves as mush as homeowners. Experts also believe that insurance companies developed computer programs intended to limit payouts on claims. As a result, American homeowners have to make do with much less coverage at steadily rising prices.
Sources:
1. http://query.nytimes.com/gst/fullpage.html?res=9B0DE0DF113EF93AA2575BC0A9679C8B63&sec=&spon=&pagewanted=print
2. http://www.nytimes.com/2007/11/23/business/23insure.html?_r=1
3. http://query.nytimes.com/gst/fullpage.html?res=9F04E6DC1139F930A25752C0A9649C8B63
Posted by group1a at 6:01 PM